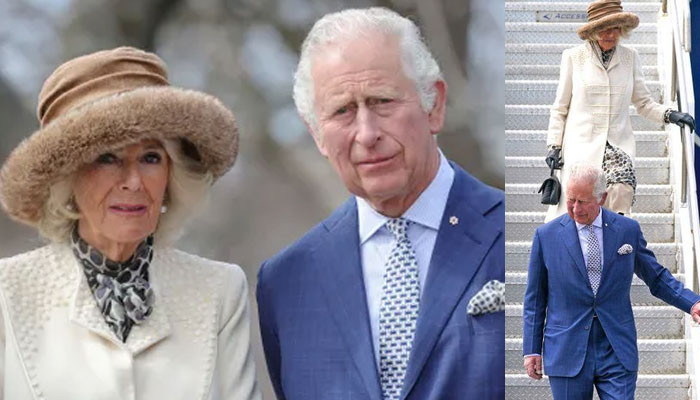 A Canada tour by Prince Charles and Camilla, Duchess of Cornwall elicited derogatory remarks from a royal expert.

Prince Charles and Camilla have arrived in St Johns, Canada for the start of their trip, greeting well-wishers. The royal couple then attended an official welcome ceremony at the Confederation Building in Saint Johns.

Royal expert Rafe Heydel-Mankoo, while speaking on GB News, discussed the royal couple’s short tour and how this is a “slap in the face” to the British monarchy.

Rafe Heydel said: “I think on the back of the visit to the Caribbean of the Duke and Duchess of Cambridge and the Earl and Countess of Wessex, and also given what we’ve seen in Canada over the past year or two in regards to the treatment of the indigenous people, we’ve seen the toppling of statues of Kings and Queens of Canada, setting alight of churches by indigenous people, I think there’s going to be a certain degree of trepidation”.

Heydel-Manko added: “This is a very limited trip, this is only three days.

He continued: “This is the shortest trip, this and the last one under the Trudeau government, that we’ve ever seen before. Normally the Royal Family would come for a week, sometimes even two weeks, more than two weeks in terms of Charles in 1983, with Diana.”

He said: “This is a very limited visit so there won’t be many opportunities for public protests”.

According to Heydel-Manko, the short visit is a “case of the current liberal government in Canada not being very keen on the monarchy”

He went on: “You’ve seen a very reduced celebration for the Platinum Jubilee compared to the Diamond Jubilee.

“For example, Canada has always issued Jubilee medals, and Coronation medals, and this is the first time in history that Canada isn’t issuing a Platinum Jubilee medal, despite protests from the opposition and on the provincial level, they are having their own medals done in protest to what Trudeau has done, which I think its a bit of a slap in the face to the monarchy”.

During their three-day visit, the two will travel from Newfoundland through the Northwest Territories and focus on indigenous reconciliation and climate change.