HomeENTERTAINMENTSarah Ferguson ‘has been afraid’ of Prince Andrew ‘from the start’: report
ENTERTAINMENT

Sarah Ferguson ‘has been afraid’ of Prince Andrew ‘from the start’: report 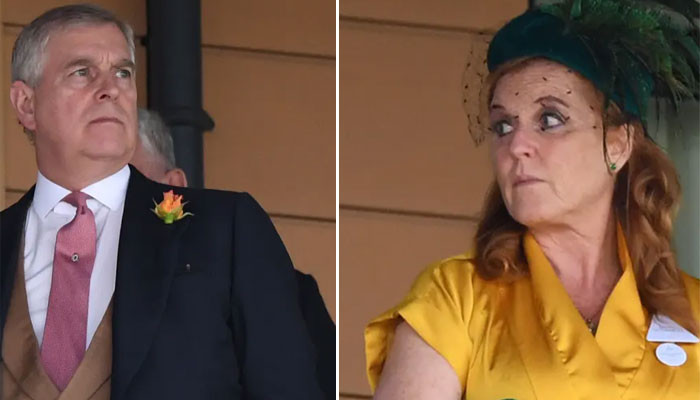 A royal author admits Sarah Ferguson has been ‘afraid’ of Prince Andrew right from the beginning.

This revelation has been made by Tina Brown, royal biographer and author of The Palace Papers.

She explained how the duo’s relationship was always one of ‘continued reliance’.

In her book, she spoke of an incident that happened in 201, where a media executive spoke to Fergie at the Royal Lodge.

They however got interrupted by the Duke of York who referred to his ex-wife with a shocking nickname.

In the middle of a lunch meeting, the prince walked in and exclaimed, “What are you doing with this fat cow?”

The biographer also explained that Fergie was much of a ‘pro’ at handling Prince Andrew’s insults because she ‘benefits’ from them greatly.

“Whatever the undertow of their curious arrangement, the deal seems to be that he bails her out when she’s in trouble and she backs him up when he’s assailed by scandal.” The biographer explained.

At the end of the day, “It is the symbiosis of sheer survival.”

This back and fro is part of their arrangement, where Prince Andrew helps Fergie out when she’s in financial trouble, whereas she offers her unending support in times of crisis.