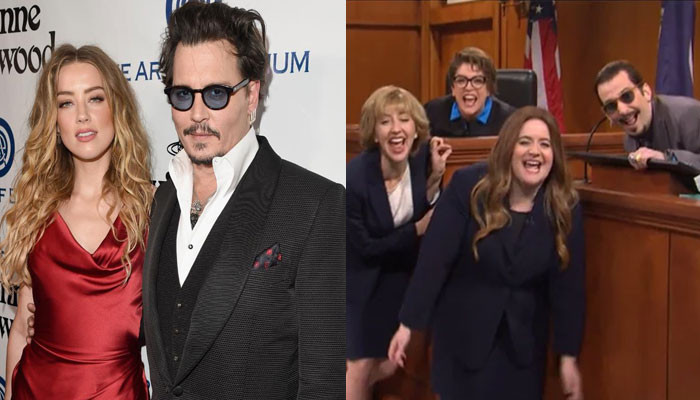 Saturday Night Live’s cold open left audience rolling on the floor while laughing  with a hilarious spoof of Johnny Depp and Amber Heard’s libel lawsuit trial during  May 14 episode.

The spoof revolved around the Pirates of the Caribbean star’s testimony of finding faecal matter on his side of the bed in 2016.

During the episode, Aidy Bryan can be seen asking Kyle Mooney who played Depp, “Mr Depp, earlier in this trial, you mentioned that Ms Heard left the faecal matter in your bed.”

Mooney responded, “That is correct.”

A fake court video of Kenan Thompson who played the character of the actor’s manager was shown in which Thompson finds faecal matter in the bed.

However, Heidi Gardner quickly interrupted, “Objection, that still wouldn’t prove my client is guilty of anything.”

To this, Cecily String who helmed the character of the judge remarked, “That’s true. But I’ll allow it because it does sound fun. And this trial is for fun.