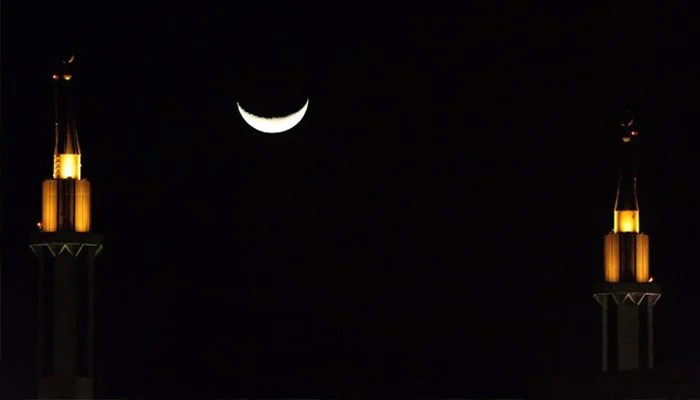 RIYADH/ABU DHABI: The Shawwal moon was not sighted in Saudi Arabia and the United Arab Emirates (UAE), the countries’ crescent sighting bodies announced Saturday, subsequently, the religious festival will be observed on Monday.

“The Crescent of Shawaal 1443 was NOT SEEN today, subsequently, the month of Ramadan will complete 30 days tomorrow and Monday 2nd May, 2022 will be the day of Eid,” the official Twitter account of Haramain announced.

As for the UAE, the country’s Moon Sighting Committee, according to Gulf News, said the Shawwal crescent was not sighted, therefore, Sunday, May 1, will be the last day of Ramadan.

Meanwhile, Pakistan’s moon sighting body — the Ruet-e-Hilal Committee — will meet on Sunday to sight the moon of Shawal 1443 AH at the Ministry of Religious Affairs and Interfaith Harmony’s office.

The zonal and district Ruet-e-Hilal Committees’ meetings will be held at their respective headquarters in the meantime, said a ministry press release on Saturday.

Ruet-e-Hilal Committee Chairman Maulana Syed Abdul Khabir Azad will announce the final decision about the sighting of the crescent or otherwise subsequently based on information received to that end.