HomeENTERTAINMENTShah Rukh Khan wishes fans on Eid: ‘May Allah bless you with...
ENTERTAINMENT

Shah Rukh Khan wishes fans on Eid: ‘May Allah bless you with love and happiness’ 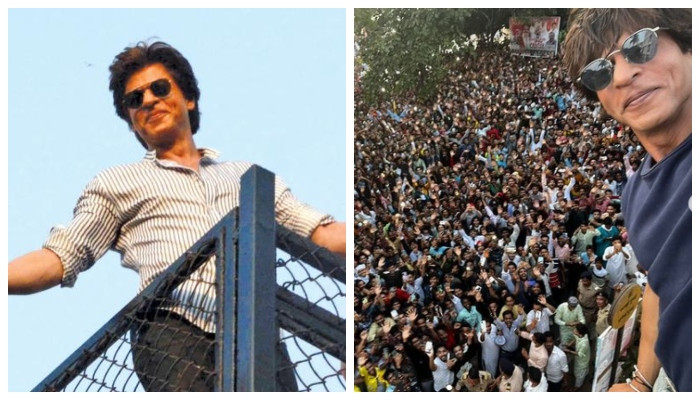 Bollywood superstar Shah Rukh Khan on the occasion of Eid extended warm wishes to his fans all around the world.

The Baadshah actor who rules the hearts of people made a special Eid appearance for his fans and well-wishers from his Mannat home on Tuesday and has sent the internet into meltdown.

The Om Shanti Om actor was seen standing on top of his balcony, waving and throwing flying kisses at his crazy, fans. He also wished them all ‘Eid Mubarak’ warmly and extended festive greetings.

Meanwhile, the 56-years-old actor took to Twitter and penned down good wishes to mark the special occasion. He wrote, “How lovely to meet you all on Eid…. May Allah bless you with love happiness, and may the best of your past be the worst of your future. Eid Mubarak!!.”

On the work front, Shah Rukh Khan is currently attached to star in his highly anticipated upcoming film Pathaan alongside Deepika Padukone and John Abraham. The film arrives on January 25, 2023.

Recently, it was also announced that the actor will star in Dunki alongside Taapsee Pannu. The film is described as a comedy which will be helmed by director Rajkumar Hirani.