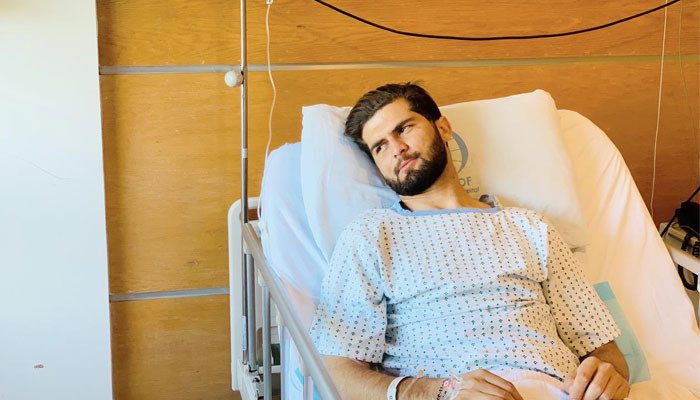 The star player informed his fans about undergoing the medical procedure, which involves the removal of the appendix, in a tweet. He, however, said that he was feeling better after the surgery.

“Had an appendectomy today but Alhumdulillah feeling better. Remember me in your prayers,” Shaheen said, requesting his fans to keep him in their prayers.

Earlier, Shaheen had been advised two-week rehabilitation, according to the Pakistan Cricket Board on November 14.

“The scan conducted on Monday morning prior to the team’s departure for Pakistan, has confirmed there were no signs of an injury and the knee discomfort was likely due to a forced knee flexion whilst landing,” the PCB stated on Monday.

“The scans were discussed between PCB’s Chief Medical Officer, Dr Najeebullah Soomro, and Australian knee specialist, Dr Peter D’Alessandro, and it was reassuring to know that there was no injury. The left-arm fast bowler is feeling better and is in high spirits,” it added.

The PCB has also said that the left-arm pacer’s return to the cricket field will be determined by the medical staff.

“Shaheen will undergo rehabilitation and conditioning programme that has been designed to strengthen his knee at the National High-Performance Centre few days after his return to Pakistan,” the press release further stated.

“Shaheen’s return to international cricket will be subject to the champion fast bowler’s successful completion of the rehabilitation programme and following go-ahead by the medical staff,” it added.

It must be noted that Pakistan’s next international assignment is the three-match Test series against England on home soil, which starts on December 1.