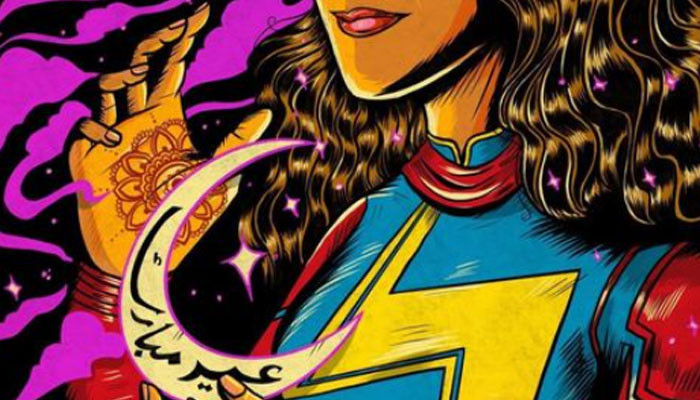 Sharmeen Obaid Chinoy has an Eid message for people across Pakistan!

Turning to her Instagram on Tuesday, the two-time Oscar winner revealed that Disney is bringing the first Pakistani superhero series exclusively to Pakistani cinemas.

“BIG ANNOUNCEMENT,” she began before saying, “I have exciting news to share: An Eid present for #Pakistan!! We are bringing Ms.Marvel to theaters across the country!!

“Marvel Studios’ “Ms Marvel” to be Released in Cinemas in Pakistan

“The Walt Disney Company and Marvel Studios have a special announcement to make. Marvel Studios’ new original series “Ms Marvel” will be released exclusively in cinemas only in Pakistan, through their licensee HKC Entertainment. @hkcentertainment @disneyplus,” added Sharmeen.

The filmmaker then shares an exclusive schedule for the screening.

“Disney and Marvel will be specially creating a cinema format version of the six episode series for Pakistan, split into three parts as follows:

Episodes 3 and 4 will debut on 30th June

Episodes 5 and 6 will debut on 14th July

She added: “This decision was made to celebrate the introduction of the first Pakistani Marvel superhero, Kamala Khan (played by Iman Vellani), into the MCU. The series also features a diverse cast both in front of and behind the camera. Disney and Marvel did not want Pakistani audiences to miss out on seeing Ms Marvel and her story as Disney+ has not yet launched in their country.”