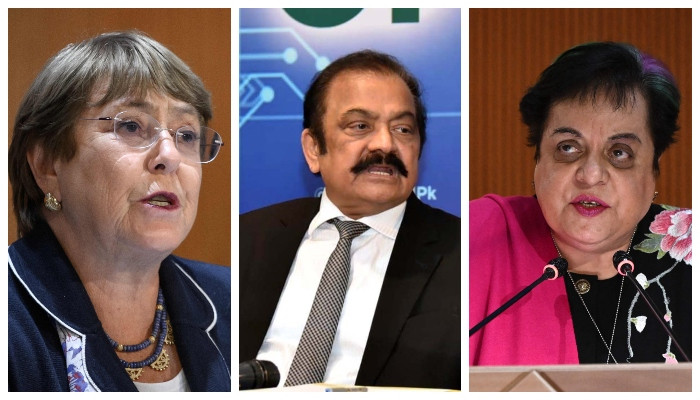 ISLAMABAD: In a letter to United Nations High Commissioner for Human Rights Michelle Bachelet, PTI leader Shireen Mazari has informed the global body on the government’s decision to appoint Rana Sanaullah as the interior minister.

Mazari, who was the human rights minister in the last government, has claimed that the Shehbaz Sharif-led government has appointed an “ally of terrorist groups” and an alleged killer as the interior minister.

The PTI leader has also claimed that Sanaullah, who is an “accused” in the Model Town case, is using the “religion card” against his political rivals.

State Minister for Petroleum Dr Musadik Malik, while commenting on the issue, said that Mazari had not written a letter but has sent an “appeal” to the UN to “save” the PTI.

“US is conspiring and a request has been sent to the United Nations. Wow, what a conspiracy,” said the minister. He also questioned on what basis the PTI leaders were “appealing” to the UN.

PM Shehbaz Sharif was sworn in last month after Imran Khan was removed from office via a no-confidence motion.

Following his oath, PM Shehbaz had inducted 33 people in his cabinet, among them was Rana Sanaullah.

After Sanaullah had taken oath, he was made the minister for interior.

Since his elevation to the office the PTI has claimed that the incumbent government would launch a campaign against them. However, PML-N, which is leading the coalition government, has denied that it would do so.