HomeENTERTAINMENTSophie Turner on her second pregnancy: ‘It's the best blessing ever’
ENTERTAINMENT

Sophie Turner on her second pregnancy: ‘It’s the best blessing ever’ 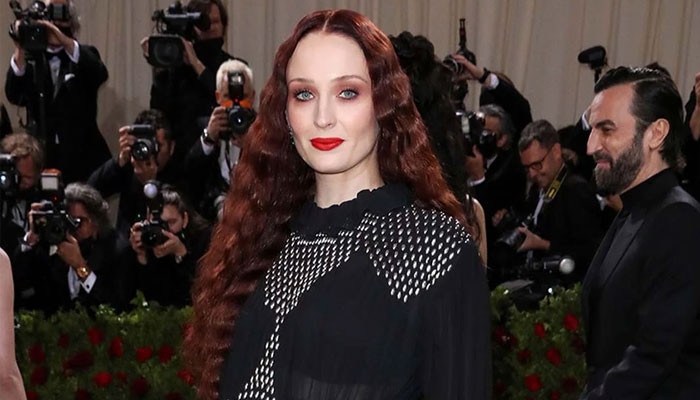 Sophie Turner  confirmed she and husband Joe Jonas are expecting another baby after she sparked pregnancy rumours last month.

In an interview with Elle UK, the Game of Thrones star revealed she and the Gotta Find You singer are ‘excited’ on upcoming addition to their family.

She told the outlet, “It’s what life is about for me — raising the next generation.”

“The greatest thing in life is seeing my daughter go from strength to strength,” the 26-year-old actor added.

The actor then finally announced the good news, “We’re so excited to be expanding the family. It’s the best blessing ever.”

Turner  went on to talk about how motherhood has changed her, saying, “I used to be so rock ’n’ roll and spontaneous.”

“I’m sure there’s a part of me that’s still like that, deep down,” she continued. “But becoming a mum, you just become way less cool. I’m like an old woman.”

The actor also flaunted her baby bump when she walked down the red carpet along with her beau at the annual Met Gala on Monday.

Turner got engaged to Jonas in 2017 after dating for a year. The couple secretly got married in 2019 and welcomed their baby girl Willa in July 2020.

She sparked pregnancy rumours after she flashed her bare tummy in a crop top last month while she was out with her husband.