HomeENTERTAINMENTTaylor Swift goes all out to support Joe Alwyn, promotes his new...
ENTERTAINMENT 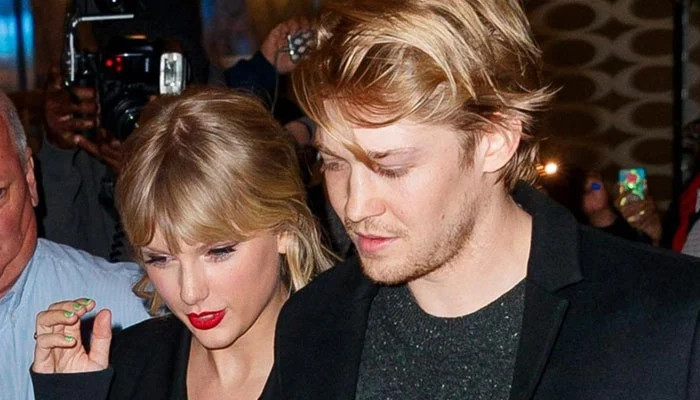 Taylor Swift is going all out to support her beau, Joe Alwyn for his  new Hulu TV series, Conversations With Friends.

The series, which debuted on Sunday, follows two college students (Sasha Lane and Francis Oliver) who forge an unexpected connection with a married couple (Alwyn and Jemima Kirke)

The 32-year-old singer, who has been dating the 31-year-old actor since 2016, took to her Instagram story to support her boyfriend and promote his new show.

She shared a post from the show’s Instagram story which included a quote from Time Magazine, which said the show, ‘breathes fresh life into Sally Rooney’s best novel.’

Swift added in her caption, ‘Can confirm it’s phenomenal,’ while tagging both Hulu and BBC 3.

The couple rarely discuss their relationship in public, with Alwyn telling British GQ in 2018, ‘Someone’s private life is, by definition, private. No one is obliged to share their personal life.’

Swift has also rarely opened up about their romance, though she did mention it in the 2020 documentary Miss Americana.

‘I was falling in love with someone who had a wonderfully normal, balanced life. We decided together we wanted our relationship to be private,’ she said.

‘I was happy. But I wasn’t happy in the way I was trained to be happy. It was happiness without anyone else’s input. We were just happy,’ she added.