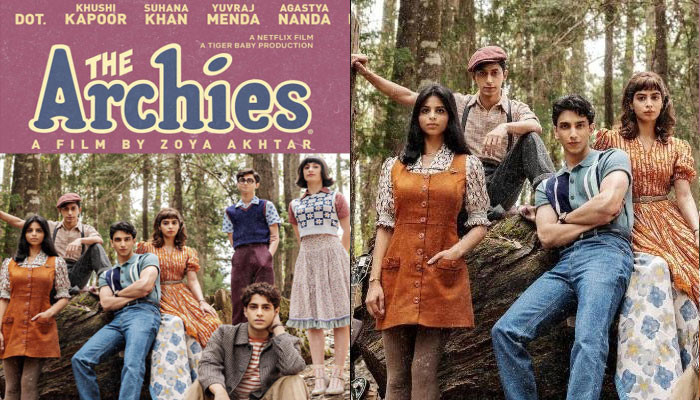 The first look of Zoya Akhtar’s The Archies won hearts as Suhana Khan, Khushi Kapoor and Agastya Nanda manages to stun audience in their debut movie’s poster and teaser.

Sharing the poster of the film, the Gully Boy  director wrote, “Get ready to take a trip down memory lane ’cause The Archies is coming soon only on @netflix_in.”

Akhtar also treated fans with the first teaser of the movie introducing the cast as they all goof around in vintage attires exuding the 60s vibes.

“Ain’t nothing like old school,” Akhtar wrote. “Grab your gang ’cause the Archies are coming soon on @netflix_in!”

In the upcoming film, Nanda will portray the role of Archie Andrews while Khan and Kapoor will be seen as Betty and Veronica.

Alia Bhatt gushed over the director as she wrote in the comments, “Zoe you genius!!!!!”

“These incredible kids are going to be so so so good!” he added.

Hrithik Roshan commented with a heart and clapping emojis, “Too too good zo.”