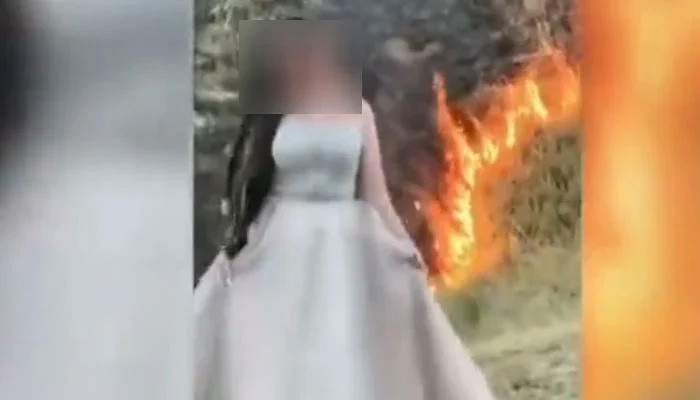 ISLAMABAD: The Islamabad Police have registered a case against TikToker Dolly for setting fires in the Maragalla forest on the complaint of the Capital Development Authority (CDA) under wildlife and environment protection laws.

According to a first information report (FIR) filed at the Kohsar Police Station, an assistant director of the CDA told the police that a video is viral on TikTok in which a TikToker named Dolly can be seen recording a video after setting the forest on fire.

“The area is part of Margalla Hills National Park which has reported multiple incidents of wildfires recently which damaged the ecosystem,” it said.

Dolly is a famous TikToker with over 11 million followers on the social media app with a verified account.

In a bid to protect the forest amid the rising trend of wildfires on TikTok these days, the Wildlife officials demanded of the government to bring legislation to protect the woods in the country.

A few days back, a video of two young people setting the forest on fire at Margalla Hills for a mere TikTok video drew widespread criticism and anger. In the video, a TikToker could be seen setting the forest ablaze with a lighter.

In another viral video, the female TikToker set the woods on fire to add “dramatic effects” to her video. Dozens of trees were burnt to ashes to create a dramatic effect for the viewers in the footage.

Earlier, another TikToker set a forest ablaze in Abbottabad. Later, he was taken into custody by the officials of Wildlife.

Sharing the video of the female TikToker on her Twitter handle, Chairperson Islamabad Wildlife Management Board Rina S Khan Satti had said, “This is a disturbing & disastrous trend on Tik Tok! Young people desperate 4 followers are setting fire to our forests during this hot & dry season!”

Underscoring the need for legislation, she said that there is life imprisonment for those who start wildfires in Australia.

“We need to introduce similar legislation,” she added.

“These psychotic young people have to be caught and put behind bars immediately! If you have any information plz contact @WildlifeBoard,” Satti urged the masses.

In response to the development, TikTok released an official statement and said that “any content that promotes dangerous or illegal behaviour would be a violation of our community guidelines and is not allowed on our platform.

“We work to either remove, limit, or label content that depicts dangerous or illegal acts. We remain vigilant in our commitment to user safety and encourage everyone to exercise caution and responsibility in their behaviour whether online or off.”