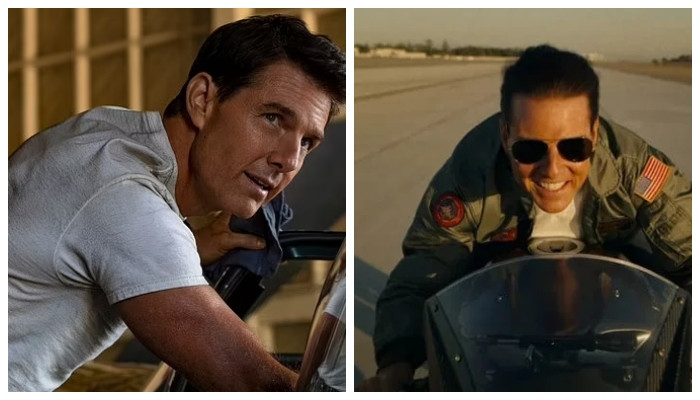 Tom Cruise reportedly put restrictions on the Top Gun: Maverick crew on consuming alcohol despite it being perfectly acceptable to ‘go drinking’ on most sets.

The Hollywood A-lister is said to have kept a strict order behind the scenes on the blockbuster, and staff has even claimed they were told to keep partying ‘to a minimum’.

Co-star Miles Teller says: “There were days after a tough shoot I could have really used a couple of beers… but you just don’t want to be flying at those speeds hungover.”

A source adds: “On most sets, the cast and crew socialise and go drinking but on Top Gun, they were told to keep partying to a minimum.”

Teller admits that he made one exception for a wedding, adding: “The next day I had flight training in 100C heat. That was rough.”

Cruise, who starred in the original Top Gun film in 1986, was in charge of the production visuals and was keen to push the boundaries and make his on-screen fighter pilots as “authentic” as possible.

The Hollywood superstar insisted the actors received fighter pilot training, as well as in-depth technical lessons on how to film, light, and edit footage taken from 4K cameras inside their cockpits.

Cruise wanted special effects to remain off the table, saying fans would see on screen “the G-force is real… it’s not a computer-generated image, it is actually the actors. The aerial footage is beautiful. It is a love letter to aviation”.