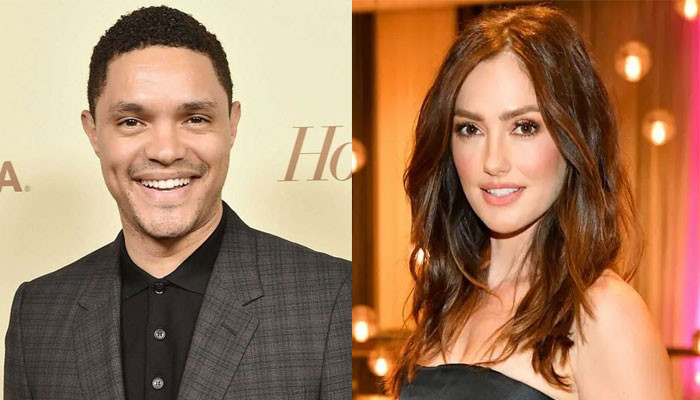 Trevor Noah and  Minka Kelly are “officially over” after dating for nearly 2 years according to recent reports.

An insider spilled to People Magazine that the Euphoria actor is “single now,” adding, “She has the best attitude.”

“She is very happy,” the source added. “She’d rather be single than waste her time with the wrong guy.”

Another source close to Noah and Kelly said, “They have been broken up for a while.”

The couple started dating in 2020 when the same outlet confirmed, “They’re very happy.”

“It’s a very serious relationship,” the publication revealed at the time.

Neither of the concerned parties have officially issued any statement. The reason of their split is also unknown.

However, an insider said that the comedian was “too focused on work and didn’t have enough time for a relationship. He’s back in the dating game as well.”

“They’re officially over,” the source stated.

The outlet previously reported in January 2021 that Noah purchased a $27.5 million mansion in the luxe Los Angeles neighborhood of Bel Air for the couple.

“They’re making plans for a future together, and it’s a very stable relationship,” an insider told People Magazine.

“They’ve been spending time between coasts over the last year and had been looking for a place in LA as a couple.”

The television host later sold the property with a loss of $1.1 million in March 2022.