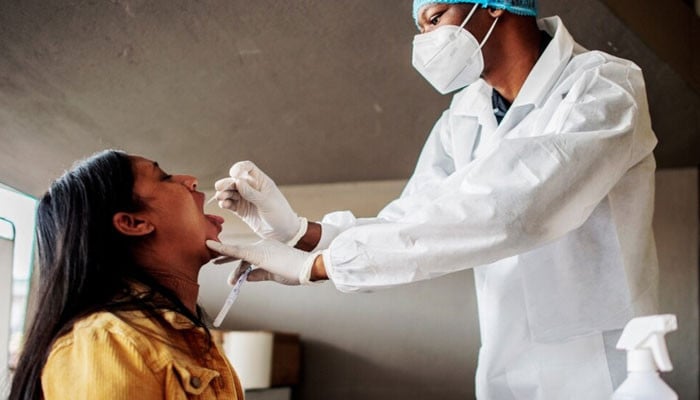 The heavily mutated and highly transmissible Omicron variant of COVID-19, which was first detected in southern Africa in November last year and rapidly spread globally, is now the dominant variant, accounting for almost all new cases.

Omicron has long been known to have several sub-variants, with BA 2 by far the most dominant.

But now the South African scientists who first identified Omicron are pointing to two other Omicron sub-variants, BA 4 and BA 5, “as the reason for a spike in cases” in the country, WHO chief Tedros Adhanom Ghebreyesus told a press conference.

In its latest epidemiological report, the UN health agency said the sub-lineages “have acquired a few additional mutations that may impact their characteristics.”

Tedros said Wednesday that it was “too soon to know whether these new sub-variants can cause more severe disease than other Omicron sub-variants.”

With a total number of laboratory-confirmed cases of nearly 3.8 million and more than 100,000 deaths, COVID-19 has hit South Africa harder than any other country on the continent.

The nation, where fewer than 45% of adults have received two COVID vaccine jabs, saw a steep decline in the virus, allowing it in March to go two full days without reporting any COVID deaths – for the first time in nearly two years.

In early April, the country lifted all COVID restrictions, but since then, cases have surged back up, jumping by close to 50% in the past week, according to WHO data.

The WHO has officially recorded more than 6.2 million COVID deaths worldwide since the start of the pandemic, but the true toll is believed to be far higher.

The numbers of newly reported cases and deaths are now declining globally, and have now dropped to their lowest level since March 2020.

But Tedros warned that “these trends, while welcome, don’t tell the full story,” pointing out that reported cases were rising in the Americas and Africa, “driven by Omicron sub-variants.”

The WHO has also cautioned the dwindling global numbers could be a result of significant cuts in testing for the virus.

“The BA 4 and BA 5 sub-variants were identified because South Africa is still doing the vital genetic sequencing that many other countries have stopped doing,” Tedros said.

“In many countries, we’re essentially blind to how the virus is mutating,” he warned.

“We don’t know what’s coming next.”