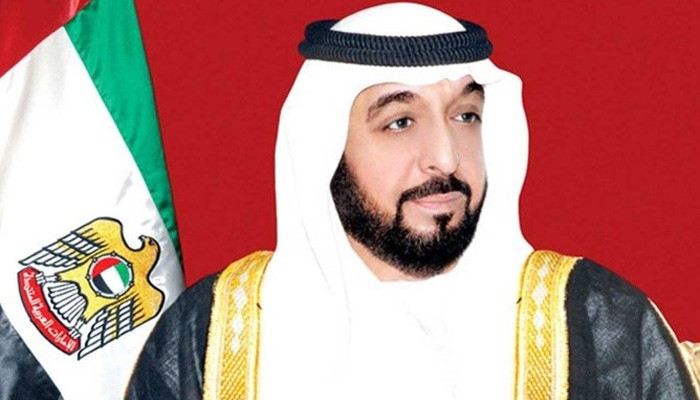 “The Ministry of Presidential Affairs announced official mourning and flags at half-mast for a period of 40 days, starting Friday,” it said.

The news agency said that work will also be suspended in ministries, departments, federal and local institutions, and the private sector for three days.

Sheikh Khalifa bin Zayed Al Nahyan served as the president of the UAE and Ruler of Abu Dhabi since November 3, 2004.

Born in 1948, Sheikh Khalifa was the second President of the UAE and the 16th Ruler of the Emirate of Abu Dhabi.

He was the eldest son of the UAE’s president late His Highness Sheikh Zayed bin Sultan Al Nahyan.

Since becoming the president of the oil-rich kingdom, Sheikh Khalifa presided over a major restructuring of governments both at the national and state levels.

Under his reign, the UAE has witnessed an accelerated development that ensured decent living for the people calling the country home, according to a Khaleej Times report.

After being elected as the president, Sheikh Khalifa launched his first strategic plan for the UAE government to achieve balanced and sustainable development, placing the prosperity of the people at the core.

He steered the development of the oil and gas sector and the downstream industries that have contributed successfully to the UAE’s economic diversification.

A much-loved figure in the UAE and the region, Sheikh Khalifa was known for being a good listener, modest, and deeply interested in the affairs of his people.

In response, Prime Minister Shehbaz Sharif said he was deeply grieved to hear about the passing of Sheikh Khalifa.

“We send our heartfelt condolences & sympathies to the government & people of the UAE. May Allah rest his soul in peace!” he added.

“Pakistan has lost a great friend. May Allah Almighty bless his soul & give strength to the bereaved family to bear this irreparable loss, Ameen,” the COAS added.

He prayed to Allah to rest the departed soul in eternal peace and grant courage to the bereaved family and people of UAE to bear the irreparable loss with fortitude.

Aseefa Bhutto-Zardari, Foreign Minister Bilawal Bhutto-Zardari’s sister, expressed heartfelt condolences to the family of Sheikh Khalifa and to the people of UAE.

“I will always remember him for the friendship & kindness he showed my family. A true friend of Pakistan, he always supported the country in its moment of need,” Aseefa said.

The people of Pakistan mourn his loss and share in the grief of our Emirati brothers and sisters, she added.