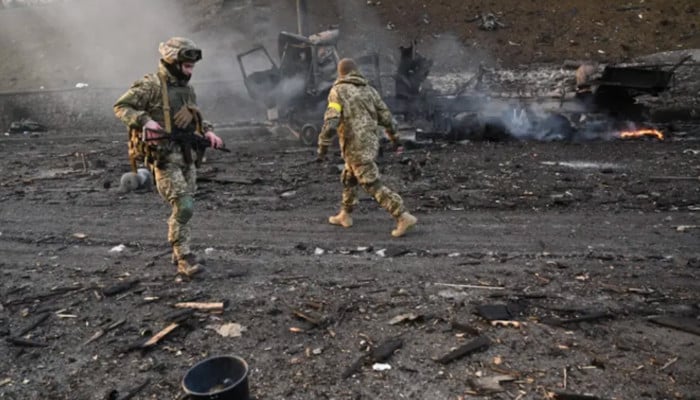 LONDON: The war in Ukraine could reach a “breaking point” by August and end in defeat for Russia before the end of the year, Kyiv’s head of military intelligence told the UK’s Sky News on Saturday.

Major General Kyrylo Budanov, 36, told the news network that he was “optimistic” about the current trajectory of the conflict.

“The breaking point will be in the second part of August,” he said.

“Most of the active combat actions will have finished by the end of this year.

“As a result, we will renew Ukrainian power in all our territories that we have lost including Donbas and the Crimea,” he said.

Intense fighting is currently raging in eastern Ukraine’s Donbas region, where Russia has recently been concentrating its forces without making significant progress.

Budanov said that Ukraine knows “everything about our enemy. We know about their plans almost as they’re being made.”

The intelligence chief also made unverified claims that a coup was already underway in Moscow to depose President Vladimir Putin, and that the Russian leader was “very sick” with cancer.