HomeWORLDUS, EU team up on chipmaking and Russia disinformation
WORLD

US, EU team up on chipmaking and Russia disinformation 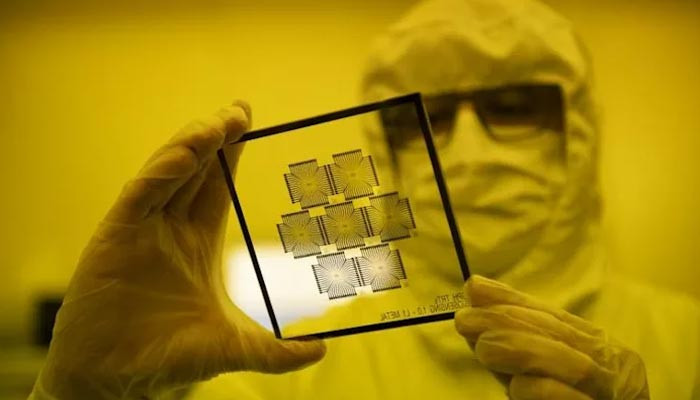 SACLAY: The United States and the European Union announced on Monday a joint effort to boost microchip manufacturing and tackle Russian disinformation around the war in Ukraine.

The two sides met outside Paris as part of the Trade and Technology Council (TTC), a forum created last year aimed largely at countering China’s increasingly powerful position in the technology sector.

But EU and US officials focused much of their efforts instead on Russia, issuing a statement that accused Moscow of an “all-out assault on the truth”.

They vowed to tackle Russian disinformation at home and abroad, accusing Moscow of seeking to blame Western sanctions for food supply shortages in Asia and Africa.

“We see the damage from the Russian invasion spreading across the world,” EU competition commissioner Margrethe Vestager told a press conference in Saclay, a technology hub south of Paris.

The council’s statement said practical actions could include funding or other support to promote access to “trustworthy and fact-based information”.

The TTC, which held its first meeting in the US city of Pittsburgh last September, has working groups that cover issues from Artificial Intelligence to export controls.

Although Russia was the main focus, several of the council’s goals are aimed at China.

The TTC is trying to calm the two-year supply chain crisis in the chip industry, where China is a major global player.

The crisis is being blamed on a surge in demand for electronic gadgets during the pandemic coupled with the global supply chain crunch.

EU and US officials pledged to give the chip industry the maximum possible subsidies, but said they wanted to invest in a coordinated way to avoid “subsidy races”.

The forum also announced an “early warning system” that would highlight disruptions in the supply of semiconductors — materials like silicon that form the basis of chips.

The US already has an early warning system that proved useful “in helping us get ahead of a couple of potential shutdowns earlier this year”, according to one US official.

The official added that the two sides were already looking ahead to supply disruptions caused by pandemic lockdowns in China — the only major economy still hewing to a zero-COVID strategy.

A related issue is a long-running shortage of rare earth elements, which are vital for the manufacture of products including electric vehicles.

The forum’s final statement highlighted that EU and US companies did not have “prominent positions” in the supply chain for rare earths.

“Nearly all production stages are concentrated in China,” the statement said, in one of only a handful of direct mentions of China.

Both the US and EU trumpeted their efforts to boost capacity to procure and process these elements and promised to “take utmost care to avoid unnecessary barriers to trade” across the Atlantic.

Russia’s war has handed the TTC a wider brief than initially envisaged, but US Trade Representative Katherine Tai argued that the forum had shown “agility” in adapting to what she described as a challenge to the whole logic of globalisation.

“This invasion results in a shrinking pie, not just for Russia, Ukraine or the EU, but for the entire world,” she told reporters.