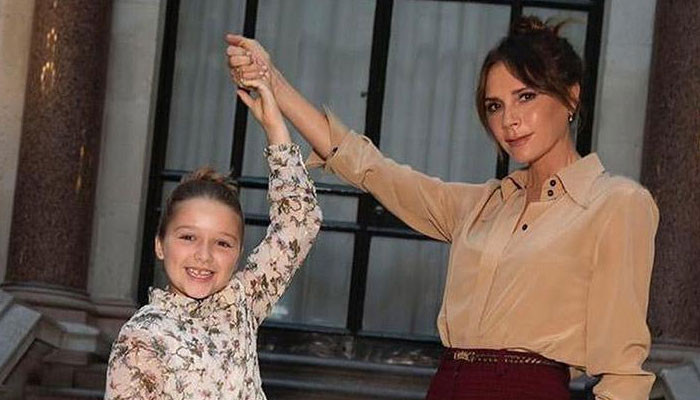 Taking to Instagram Story, the Spice Girls singer offered fans a glimpse inside her gleeful time as a mother while sharing a snap of the duo.

The pictures revealed the 10-year-old dressed up in a bright pink onesie as she melted hearts with her cute smile.

The singer-turned-designer coordinated with her little princess by donning a matching jumper and ticked it into orange trousers.

The post came after the reports surfaced that the 48-year-old has been on a ‘wedding comedown’ after her firstborn Brooklyn Beckham’s wedding with Nicola Peltz.

“After all the excitement from the wedding, Victoria has found herself suddenly and unexpectedly feeling quite sad and nostalgic for the past when her and David were newly married and so in love,” an insider spilt to Closer.

“Seeing the huge fuss that was made over Brooklyn and Nicola warmed her heart, but it also stirred up old memories,” the source added.

“She can’t help but feel those halcyon days with David are like a distant memory now and she wonders if they will ever be able to recapture that magic they had between them,” the insider added.