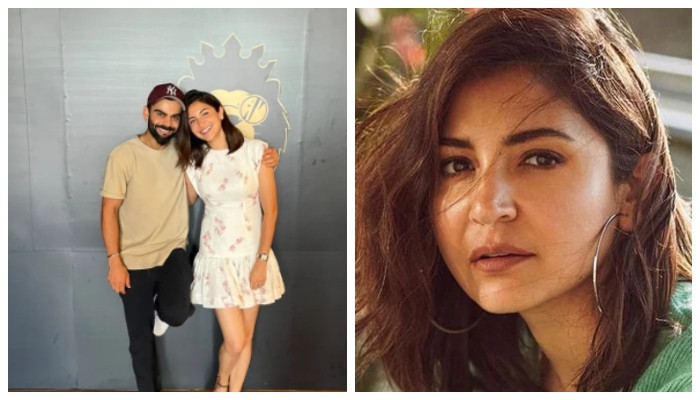 Indian skipper Virat Kohli has penned down a sweet note for his wife Anushka Sharma on the occasion of her birthday on social media.

The PK actress turned 34 today and both celebrities and fans poured birthday wishes for her.

While wishes continue to storm the internet, her husband and cricketer Virat Kohli’s birthday wish for his wife has touched our hearts.

The skipper took to his social media handle and penned an endearing message for her. He wrote: “Thank god you were born. I don’t know what I would do without you. You’re truly beautiful inside out. Had a great afternoon with the sweetest folks around” To which, Anushka reacted to Virat’s post and commented: “Stole my words and my heart (CHEEESSSSYYYYY)”.

In the first photo, the Rab Ne Bana Di Jodi actress looks ravishing as she donned a white dress. Virat, on the other hand, looked dapper as ever in his plain t-shirt and pants. In the second photo, the couple is seen happily posing for the camera with their friends.

Meanwhile, Anushka also took to her Instagram handle and shared beautiful glimpses from the celebrations.

Virat and Anushka tied the knot in 2017 in Tuscany, Italy after dating each other for a couple of years. They also have a daughter together whom they named Vamika.

On the work front, Anushka is gearing up for her comeback film. She will be soon seen in Chakda Xpress, in which she will essay the role of Indian cricketer, Jhulan Goswami, on the silver screen. She was last seen in the 2018 film, Zero alongside Shah Rukh Khan and Katrina. Virat, on the other hand, is currently playing for Royal Challengers Bangalore in the IPL 2022.