HomePAKISTANWildlife demands action against TikTokers for wildfires in Islamabad
PAKISTAN

Wildlife demands action against TikTokers for wildfires in Islamabad 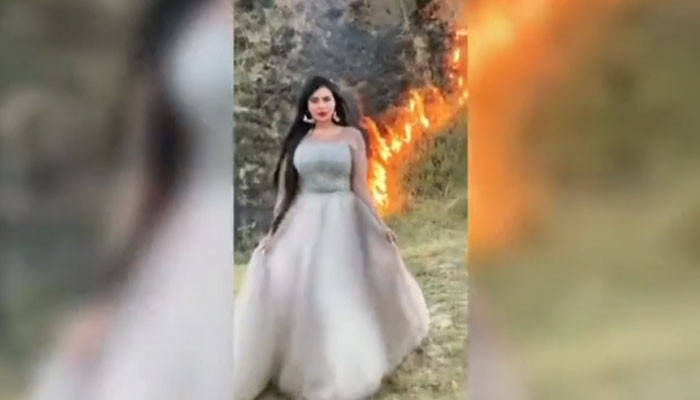 ISLAMABAD: Following the emergence of back-to-back wildfire videos involving TikTokers in recent days, the Wildlife officials have demanded the government bring legislation to protect the forests in the country.

A few days back, a video of two young people setting the forest on fire at Margalla Hills for a mere TikTok video drew widespread criticism and anger. In the video, a TikToker could be seen setting the forest ablaze with a lighter.

In another viral video, a female TikToker set the woods on fire to add  “dramatic effects” to her video. Dozens of trees were burnt to ashes to create a dramatic effect for the viewers in the footage.

Earlier, another TikToker set a forest ablaze in Abbottabad. Later, he was taken into custody by the officials of Wildlife.

Sharing the video of the female TikToker on her Twitter handle, Chairperson Islamabad Wildlife Management Board Rina S Khan Satti said, “This is a disturbing & disastrous trend on Tik Tok! Young people desperate 4 followers are setting fire to our forests during this hot & dry season!”

Underscoring the need for legislation, she said that there is life imprisonment for those who start wildfires in Australia.

“We need to introduce similar legislation,” she added.

“These psychotic young people have to be caught and put behind bars immediately! If you have any information plz contact @WildlifeBoard,” Satti urged the people.