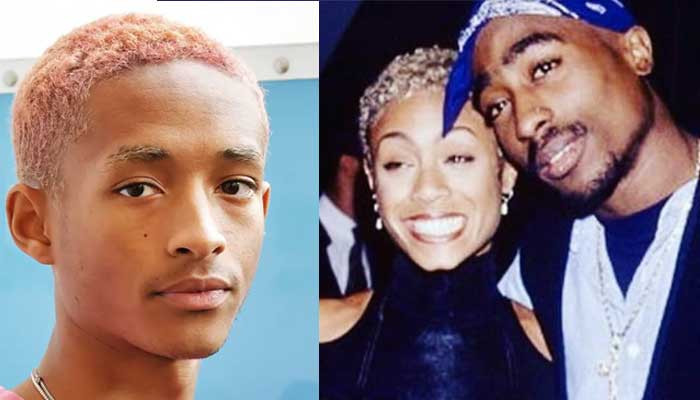 Jaden Smith, Will Smith and Jada Pinkett’s son, is seen sharing details  about  her mom’s relationship with her childhood friend rapper Tupac Shakur in a resurfaced interview.

Will Smith’s son said Tupac once proposed to his mom Jada Pinkett Smith, according to a resurfaced interview featuring her son Jaden Smith.

The 23-year-old discussed his mother’s relationship with Shakur, who was shot and killed in 1996 at the age of 25, during an interview with radio personality Big Boy in 2018.

Shakur is widely considered one of the most influential rappers of all time. After spotting a photo of the late artist in the studio, Smith said: “I’m looking at this picture right here of Tupac on the shirt right there, and Tupac asked to marry my mom. And she was like: “Pac, we’re best friends.”

The recollection prompted Big Boy to joke: “Well, they say marry your best friend, but I’m glad they didn’t,” a sentiment Smith agreed with while laughing.

The showbiz couple’s eldest son discusses his famous parents and their legacy, has since gone viral after it was uploaded to YouTube earlier this month after Will Smith slapped to Chris Rock at Oscars.

In the clip, Smith was asked about his experience growing up with famous stars, and the pressures associated with his parents’ fame, as well as how he has managed to create his “own lane”.

In response to the question, the rapper acknowledged that he didn’t understand “how people feel” about his parents until he “went out into the world”.

Pinkett Smith and Tupac Shakur were childhood friends, with the pair growing up together before attending the same performing arts school in Baltimore, Maryland.