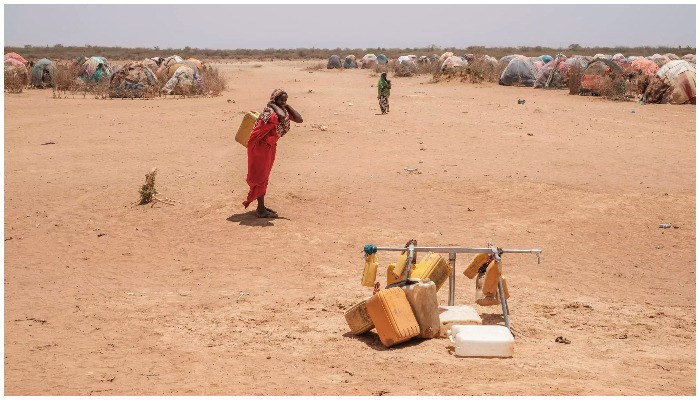 PARIS: Food is fundamental to the efforts to tackle climate change, according to a scientist who has spent decades tracing the interactions between global warming and what we eat.

Cynthia Rosenzweig, head of the Climate Impacts Group at NASA Goddard Institute for Space Studies, was Thursday awarded the prestigious World Food Prize for her research.

That includes stark warnings about the potential effect climate change will have on food.

Her comments to AFP have been slightly edited:

Climate change cannot be restrained without attention to greenhouse gas emissions from food systems. Our work, among others, shows that those food system emissions are approximately one-third of total human emissions. We’re not going to be able to solve climate change unless these are taken into account.

At the same time, food security for all is dependent on the changing climate.

As we move into this crucial decade of action on climate change, the food needs to be at the table.

What are the climate impacts on food?

High temperatures in general are detrimental to crops, because they speed them through their growing period, so they have less time to make the grain. So this is a very big downward pressure on yield. Then we have extreme events affecting the critical growth stages, for example, a heatwave happening during pollination in maize. Those extreme events are already increasing in frequency, duration and intensity in many farming regions around the world.

Then, of course, water is absolutely critical for food production. Climate change is projected to change — and is already changing — the hydrological cycle in many agricultural areas, with increased drought as well as heavier downpours because the warmer air holds more water vapour.

You founded the Agricultural Model Intercomparison and Improvement Project. What does it do?

There used to be different modelling groups around the world, all working very diligently to develop different crop models. But people would be using different climate scenarios to test climate change impacts — and the results weren’t comparable. So at the heart of AgMIP is improving the rigour of the projections by developing common protocols so that the results from agricultural models can be compared. We do crop modelling, livestock modelling, pest modelling and economic modelling and we always bring in the latest climate scenarios.

Therefore we are able to say in a very clear way: here’s the mean of the model results and here’s the range of the projections. Then decision-makers, both at the global scale but also in individual countries, have the evidence base that they need to respond to climate change effectively.

With the latest climate scenarios, AgMIP’s Global Gridded Crop Modelling Team found that the emergence of impacts on some of the agricultural regions around the world is now projected to be felt earlier, to really start biting even in the 2030s. That’s really soon.

Some of the key areas with these earlier impacts are parts of the US Midwest, Western Africa and East Asia. In West Africa, crop yields are projected to fall by 20 to 40 per cent, and potentially more.

What changes could help cut emissions?

Increasing carbon storage can help to fight climate change. We need to increase efficiency for crop production and reduce food loss and waste — it’s a rough figure but around a third of all food produced is lost or wasted. If we don’t waste as much food, we don’t have to grow as much food — thereby reducing greenhouse gas emissions from agricultural production.

In developed countries, there’s definitely the potential for dietary choices to make an impact, because animal-based emissions, especially from beef and dairy, are significant. But as we think about consumption, we have to start by saying that all solutions are context-specific and they have to take into account equity issues. There are many people in the world who don’t have food choices.

Yes. I interact with so many different groups in all different parts of the food system, from the production side, supply chain side, retail, packaging, and everything. There is definitely a movement towards transformation going on in the food system.

Food is the fundamental climate impact sector and connects everyone on the planet to climate change. We need to transform the food system so that it delivers food security for all, as well as a healthy and sustainable planet.